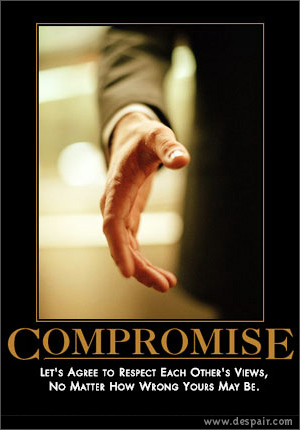 I was reading Ken Silva’s Apprising Ministries post on the THE CULT OF LIBERAL THEOLOGY: FOREMOST ROTTEN ROOT OF THE EMERGING CHURCH Dr. Martin defined a religious cult:“as a group of people claiming to be Christians–gathered around a specific person–or group of people’s interpretation of the Bible. The group then denies Cardinal doctrines of the historic orthodox Christian faith, and most notably the full Deity of Christ.”  This is why it is so important to rally around the Great Reformers and the Great Truth they taught us.  Why follow the Cult of Rob Bell or Brian McLaren, when we have:

And those other ones that also lived at that time that were almost as good as Luther and Calvin.

I want to point out, that at least these great Reformers never started churches from Mars or preached anything generous in there orthodoxy. They were men that stood righteously on the Holy teachings of the Bible and never once took notice what the instituted Church taught in that day. Luther never once tried to fix what was wrong with the Bible. He made sure that anyone that was an apostate RCC Ecumenical Purpose Driven menace understood they were on their way to hell. In fact as Christian Research Network states:

““Pope Benedict used a mass in the suburbs of Rome, Sunday, to remind people that hell is a very real place.” Christian Research Net thinks he’d do well to remind himself as well.”

Calvin was a man that other people followed. In fact, many of my friends are Calvinists. A Calvinist follows the teachings of Calvin who was a Great Reformer unlike that Brian McLaren who wants everyone to call themselves “Emergent Villagers”. We know that the Orthodoxy of the Christian faith was not pure in Calvin’s day until he purified it with the power of hisDoctrine. Instead of agreeing with the orthodox of the evil RCC he turned against almost everyone except Luther and they agreed to kill all the heretics that make Calvin mad when they denied his Doctrines fo Grace.  Now, we know that the Baptists are the ones we now base our standard of what pure doctrine is. As we throw out the history of those apostates like the RCC Augustine and St Bernard, we know that what we teach is the only accepted doctrines.

UPDATE: one of my friends informed me that he was Lutheran and believes in Baptismal regeneration. I do not believe that, but I do see that we need to sometimes compromise our doctrine in order to attack those who are impure in theirs.

UPDATE 2: I was just informed that Jonathan Edwards contextualized the Gospel as he reached out to the “savages” they claim he wrote “hymns” in their native language.

UPDATE 3: I was just informed that some of my fellow fighters are in the Assembly of God. He informed me that he was of Arminian in faith. Gary L. W. Johnson has stated that Arminians are all semi-pelagian but we will over look this with Chris Pajak who attends that Arminian based man loving semi pelagian Assembly of God. We will overlook that Chris Pajak attend a denomination that teaches such error as “Man Willingly Fell to Sin” and The Initial Physical Evidence of the Baptism in the Holy Spirit is ‘Speaking in Tongues,’ while also denying the holy teaching of Calvin on Election with their Every Person Can Have Restored Fellowship with God Through ‘Salvation’ theology!

UPDATE 4:  I was just informed that Arminius was also a Reformer so as long as someone that is from the Assembly of God is out keeping doctrine pure, then we need to walk as instructed in Amos 3:3. In that we may by our working together and setting aside our differences attack and destroy the RCC driven Rick Warren. Generous Orthodoxy’s of Brian McLaren and the New Rabbinicalsim of Rob Bell (I mean what do the Jews know about the historical time of Jesus?)

I hope with these updates all will see that we can be generous with each other as long as we are not like Rob Bell and Brian McLaren or Tony Jones and Mark Driscoll (though Mark we like every other day).

This entry was posted on Saturday, February 9th, 2008 at 11:56 pm and is filed under american gospel, Arminians go to hell, Brian McLaren, Chris Rosebrough, CRN, Doug Paggett, emergent, Hell, John Macarthur, judging others for fun and profit, Ken Silva, man of God, purposeless driven life, Reconciliation?, repent, Self righteous, sinners, take a stand against, TRuth War. You can follow any responses to this entry through the RSS 2.0 feed. You can leave a response, or trackback from your own site.

2 Responses to My Latest Massive