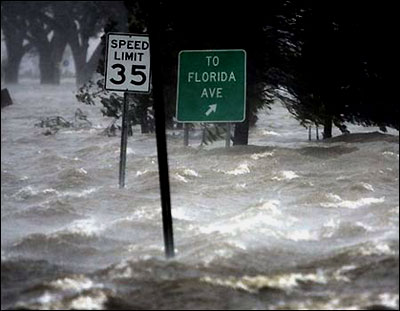 I am getting so disappointed in people lately.  Not just any people, but very specific people.  These are the people who should know better.  They are the ones who should be locked arm in arm in the fight to save Christianity.  But lately they haven’t been up to their usual snuff.

As an example of this I give you Ray Comfort (awesome) and his latest post.  Oh, he starts out good, and I am reading it and loving everything that he is saying.  I won’t try and quote mine the entire article, but I will give you a brief synopsis.  The United States is having problems with their economy.  Every year tornadoes and floods happen, not to mention hurricanes and earthquakes.  The housing market is in shambles and there are houses in foreclosure all over the country.  This is a sign of God’s wrath for the sin of the nation.  Ray (awesome), you did well up till the point you stopped.

In my humble belief, Ray (awesome) did not go far enough.  Why would God stop with just destroying New Orleans and most of the Mississippi coast with Hurricane Katrina?  Come on Ray (awesome); pick up your game a little.  Don’t make me pick up the slack for you.  God must just be getting warmed up with the tornadoes because one hit a church and destroyed it.  Since God doesn’t have to practice, and can control tornadoes perfectly, all I can surmise was that the preacher was emergent and not really saved.  Good riddance to that church!

Ray (awesome), I just ask that you finish your thought process to the logical and Biblical conclusion.  God hates mankind, except for the elect, and wants to wipe them out.  Since he already used a flood and can’t do that again, a shotgun approach is being used.  Have enough courage to tell all the sinners that they are in the crosshairs of God’s wrath.  Come on Ray (awesome).

God loves me because my house is still standing!

This entry was posted on Tuesday, April 8th, 2008 at 4:23 pm and is filed under repent, sinners, Ways of the Master Discernmentalist. You can follow any responses to this entry through the RSS 2.0 feed. You can leave a response, or trackback from your own site.

One Response to God’s Punishment