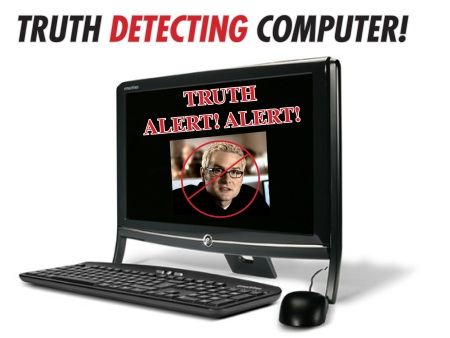 The Truth PC 9000 can detect one non-essential error per part per billions of words spoken using a special speach analyzer.  In fact with a TRUTH PC 9000 the CORE 2 QUAD 5.6Ghz processors can scan the internet 10,000 times a second looking for heresy, false teaching and apostasy so that you may be edified by finger pointing and accusations.

Be warned the OFMafia may just be purchasing one….and we WILL be on the look out of every waking second for false teaching. Bwaahhwahhahahahah! 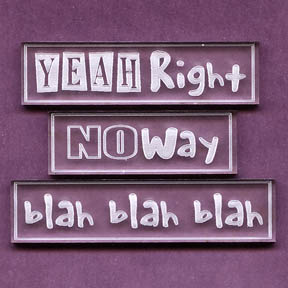 NEW YORK (Billboard) – Lady BlahBlah has become the third truth warrior songstress in the 10-year history of the Truthwarrior Top 40 airplay chart to collect three No. 1 songs from a debut album.

Her top three include “Emergents from Hell”, “Emerging from the Slime,’ and “Emergents go to Washington”….we deduce a theme here that the ODMafia fully endorses.

Lady Blah Blah has decided that after her whirlwind tour will go back to discernmentalism where she thinks she is best suited. She was quoted as saying “Yadda yadda, blah blah blah….”

As huge fans, ODMafia hangs on her every word!!!!! 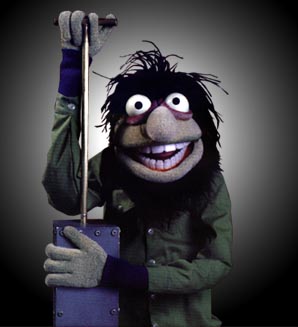 In an unfortunate twist of surprise hacking, the ODMafia Research Robot Monkey’s are still under the spell (not a real spell because that would be heretical) of a subversive plot by a rebel ODM.

4)     Truthslayer supports all forms of neo-conservative ideologies (even fascism if necessary) employing fear tactics, xenophobia against people who are different from us (especially those who disagree). He is especially fearful of Arabs and Rob Bell.

7)  Truthslayer can quote almost any bible passage and use it expertly out of context.