Users of social networks are giving away vital information about themselves and their whereabouts that is being used by Discernmentalists to create a list of heretics, according to a new report by the British-based ministry Legalism & Over-generalization.

In addition, 23 percent of social media users have discussed theology “wall-to-wall” outside the privacy of their own page and 17 percent have reported seeing people’s theology posted on pages that can be seen by strangers.

“There is absolutely no doubt in my mind that Discernmentalists are using social networks to develop relationships with people to identify likely heretics,” said Michael Stalker, reformed Discernmentalist and star of the BBC’s “Beat the Discernmentalist” series.

“It is incredibly easy to use social networking sites to target people, and then scope out more information on their actual beliefs using other internet sites like Google Street View, all from the comfort of the sofa.”

Root out those gays from your church! 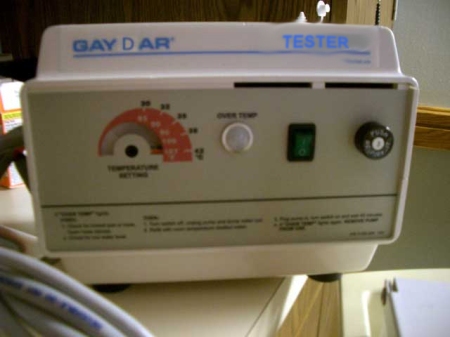 This is the latest in anti-gay, lesbian, bisexual and trans-gender equipment that any real Bible worshipping church should have. We all know our worst fear is that some GLBT will walk through the doors of our sinless church and corrupt the purity hate we have nurtured by OUR DOCTRINES. We give you the Gaydar Tester. Yes just place each of these devices by every door of your church and we guarantee it will chase off any GLBT from your church, parish or synagogue. We guarantee that 1 in 10 people that pass through your door will be outed and never come back again.

We only charge by the number of gays you chase away from Jesus!

A new way to keep your congregation under control!

The Direct Doctrine Wave Cap: Is your congregation wandering away from YOUR TRUTH? Many people will not subject themselves to actual brain implants. This handy device is hardly noticeable. All you do is ask the congregation to put on their discernmentalist caps and then send DOCTRINE WAVES (DW©) straight into their brains. These DW© bypass the heart so that certain doctrines do not effect it. Yes dear pastor, you will have complete control over your congregation and you will not have to trouble with that pesky Holy Spirit changing the hearts or teaching (rather unteaching) all you have invested in these trusting people. With the Direct DOCTRINE WAVE machine we who love control are in control. Also available if you act now the handy Radio Remote to remotely direct your congregation outside the church. While you control the person they will be pumped with feelings of guilt for not doing enough work for you and the church.

*Interest is compounded at 10% per month.