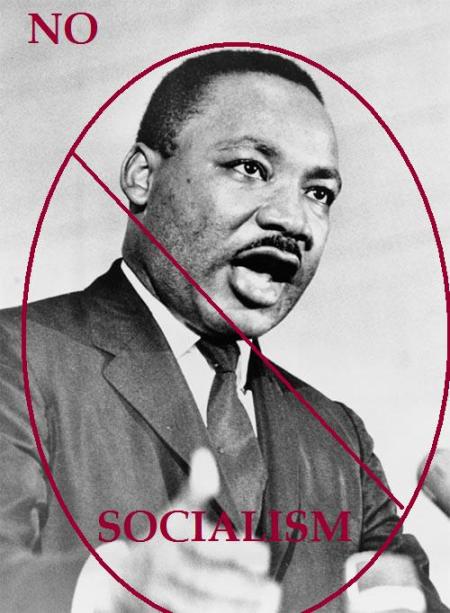 Martin Luther King, Jr. was a Baptist minister and Baptists are heretics with the soul-destroying disease, Baptici hereticus. Also Baptists have unbiblical and Semi-Pelagian church polity as Sharin’ Whiplash reminds Discernmentalists that Absolute Truth Biblical church polity is Presbyterian in nature—we who are God’s True Elect Know this.  In this way, Martin Luther  King, Jr. led many souls astray by spreading the disease Baptici hereticus—not only that he was a communist and socialist bent on destroying America.

Martin Luther  King, Jr. may have had a dream but that dream was for a socialist and communist America and  that’s heresy. John MacArthur and Todd Friel warn us about the falseness of the Socialist Gospel. It isn’t the True Gospel of God’s Wrath upon 99.9% of all of humanity. This is why True Americans and True Christians (Born Elect Republicans) should never take part in holidays dedicated to anti-American reprobates such as the heretic: Martin Luther  King, Jr.