The ODMafia has just revealed our newest secret weapon. After years of being called “watchdogs” we have combined the DNA of Fido, our faithful house pet and some DNA secretly collected from various ODM’s across the globe. Finally, we have success! Here is the hybrid watchdog! After a bit more training, our newest watchdog will be ready to sniff out heresy near you! 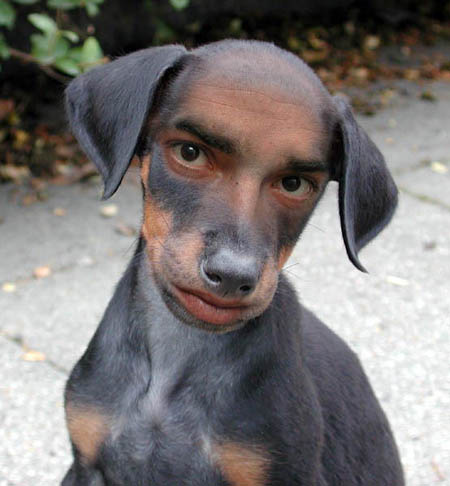 More on the discernmentalist mindset – logic defies all

In an updated ABC broadcast MIT scientists from an underground bunker have been studying discernmentalist logic. Discernmentalist logic is a bit like studying quantum physics, but far more mysterious and random. With new results, discernmentalist logic defies all sensibilities turning black white, spotted dogs into striped cats and from here all know logic collapses under its own weight of infinite dense-ity. Bob Loblogs an MIT scientists notes “…its unlike anything I’ve ever seen. Nothing makes sense and when it does, it appears to change trajectory at will.” Nevertheless, our safety net is that we are bible-believing-republical-Christians who shun post-modernism and the emerging church….which really counts for something!

We at the ODMafia are glad that WE discernmentalists have an elite, and perplexing form of logic…. that we defy the odds and yet still valiant for the truth!