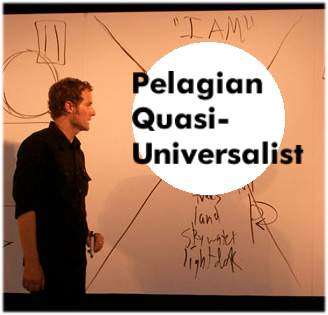 According to Christian Research Network they exercised a “Christian critique” of Rob Bell.

Thankfully Christian Research Network was using approved and blessed discernmentalist bibles. In addition we are relieved to know that they exercised their rational faculties that exposed that Rob was “NEARLY” but not QUITE. Nearly is not quite nearly.

There is almost, well maybe, I think a nugget of truth somewhere…..just not at CRN. Perhaps they are nearly truthful, but not quite truth, near as in regional, but not quite on target. But we support this kind of discernmentalism as absolute truth. We KNOW Rob is an emerging-liberal apostate…so anything we say or do (even if not factual) is still accepted as truth.

PS I did not offer a direct link because everyone knows that researchmentalism is haphazard…and hazy at best. Remember the words in the Epistle of Titus”slander as many as possible and be inconsiderate, don’t show humility because you already have the absolute truth.”

This entry was posted on Thursday, April 22nd, 2010 at 8:49 pm and is filed under Christian Research Network, CRN, Rob Bell. You can follow any responses to this entry through the RSS 2.0 feed. You can leave a response, or trackback from your own site.