Coming to a theatre near you…. 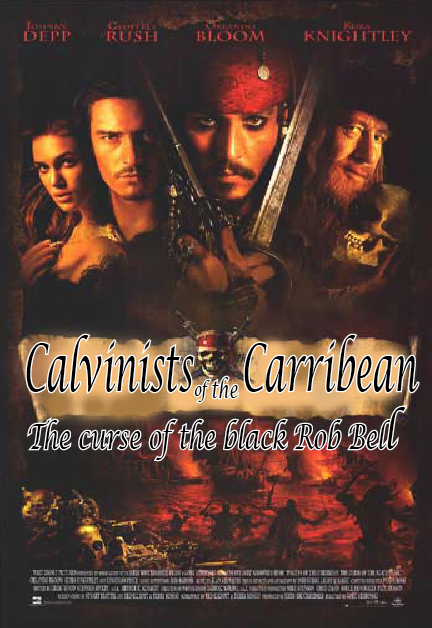 We find the adventurist Calvinists (ie sinless elect) establishing new way of living in this hot climate – bathing suit attire that must be comfortably fitted from neck to toe, forbid cards, secret workings of election and coming to bed by a biblical 9 PM. Just when our Calvinists of the Caribean had thought they had it all figured out….the dark pirate Black Rob Bell entires the stage…attempting explain the absolute truth using fancy words, and descriptive descriptions…..which upstages our downwind truth warriors with upwind ideas. Soon  he is under suspicion of being an Arminian (or at least looking like one) with a cropped hairdo and trendy hipster glasses. Quickly the Calvinists of the Caribean swear (in a godly way,… not by earth or heaven) to take out (not on a date) this evil curse of the Black Rob Bell.

PS There is no real swearing in the movie. The Calvinists of the Caribean noted that their yeses were yeses and their no’s where no’s.

Abomination Nation, Absolute Clarity, absolute truth, Calvinazis, Calvinazis vs. Armnianazis, Camp of the Apostates, Secret Order of Discernmentalist United in Ministry, Secret Order of the ODM, Secrets/Closet, Self righteous, Semi-Pelagians, Sinless Elect, sinners, Slice of Laodicea, Slice of Laodicia, STRETCH Technology, take a stand against, they will know we are Christians by our pure doctrine, Todd Friel/Wretched, TRuth War, Truthslayer approved / endorsed, TV, Ultra News Worthy, Uncategorized, Under attack!, universalism conspiracy exposed, Up with Theocracy!, We are not idiots you reprobates., We are right because we are Right Wing!, WRATH not love, You Woman! |

Which Is The More Biblically Based Economic System? 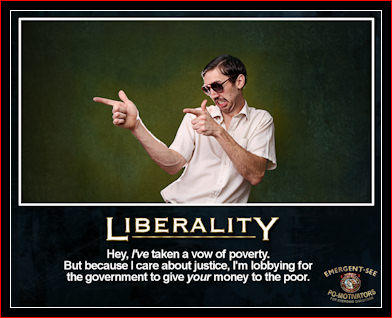 Here is one of our fine and quality Biblically Based Discernmentalist Preparatory Tests:

Your official instructor Todd Friel, Wretched Instructor of I*segesis, Doctor of Fear-mongering and Misinformation will now instruct you on the pressing question of Biblically Based Economic Systems via video:

You heard your question of the day: Which is the more Biblically Based Economic System—Capitalism or Communism? You may now begin this quiz. Open Bibles are welcomed and encouraged. You may even call Brannon Howse or Jan Markell  for help. Good Luck!

Capitalism is the more Biblically Based Economic System? Check yes____ or check no ____.’

“‘Now this was the sin of your sister Sodom: She and her daughters were arrogant, overfed and unconcerned; they did not help the poor and needy. — Ezekiel 16:49

14 The Pharisees, who loved money, heard all this and were sneering at Jesus. 15 He said to them, “You are the ones who justify yourselves in the eyes of men, but God knows your hearts. What is highly valued among men is detestable in God’s sight. 16 “The Law and the Prophets were proclaimed until John. Since that time, the good news of the kingdom of God is being preached, and everyone is forcing his way into it. 17 It is easier for heaven and earth to disappear than for the least stroke of a pen to drop out of the Law. 19 “There was a rich man who was dressed in purple and fine linen and lived in luxury every day. 20 At his gate was laid a beggar named Lazarus, covered with sores 21 and longing to eat what fell from the rich man’s table. Even the dogs came and licked his sores. 22 “The time came when the beggar died and the angels carried him to Abraham’s side. The rich man also died and was buried. 23 In hell, where he was in torment, he looked up and saw Abraham far away, with Lazarus by his side. 24 So he called to him, ‘Father Abraham, have pity on me and send Lazarus to dip the tip of his finger in water and cool my tongue, because I am in agony in this fire.’ 25 “But Abraham replied, ‘Son, remember that in your lifetime you received your good things, while Lazarus received bad things, but now he is comforted here and you are in agony. 26 And besides all this, between us and you a great chasm has been fixed, so that those who want to go from here to you cannot, nor can anyone cross over from there to us.’ 27 “He answered, ‘Then I beg you, father, send Lazarus to my father’s house, 28 for I have five brothers. Let him warn them, so that they will not also come to this place of torment.’ 29 “Abraham replied, ‘They have Moses and the Prophets; let them listen to them.’ 30 “‘No, father Abraham,’ he said, ‘but if someone from the dead goes to them, they will repent.’ 31 “He said to him, ‘If they do not listen to Moses and the Prophets, they will not be convinced even if someone rises from the dead.’ “ — Luke 16:14-17 and 19-31.

But woe unto you that are rich! for ye have received your consolation. — Luke 6:24

Go to now, ye rich men, weep and howl for your miseries that shall come upon you. — James 5:1

Or communism is the more Biblically Based Economic System ? Check yes____ or check no ____.

The Fellowship of the Believers

42They devoted themselves to the apostles’ teaching and to the fellowship, to the breaking of bread and to prayer. 43Everyone was filled with awe, and many wonders and miraculous signs were done by the apostles. 44All the believers were together and had everything in common. 45Selling their possessions and goods, they gave to anyone as he had need. 46Every day they continued to meet together in the temple courts. They broke bread in their homes and ate together with glad and sincere hearts, 47praising God and enjoying the favor of all the people. And the Lord added to their number daily those who were being saved.

Jesus answered, “If you want to be perfect, go, sell your possessions and give to the poor, and you will have treasure in heaven. Then come, follow me.”— Matthew 19:21.

35 ” ‘If one of your countrymen becomes poor and is unable to support himself among you, help him as you would an alien or a temporary resident, so he can continue to live among you. 36 Do not take interest of any kind [a] from him, but fear your God, so that your countryman may continue to live among you. 37 You must not lend him money at interest or sell him food at a profit. 38 I am the LORD your God, who brought you out of Egypt to give you the land of Canaan and to be your God.— Leviticus 25: 35-38.

The Absolute Truth Biblical answer of course is Capitalism:

When Christianity adheres to the judicial specifics of the Bible, it produces free market capitalism.

On the other hand, when Christianity rejects the judicial specifics of the Bible, it produces socialism or some politically run hybrid “middle way” between capitalism and socialism, where politicians and bureaucrats make the big decisions about how people’s wealth will be allocated. Economic growth then slows or is reversed. Always.

John MacArthur even told us so—so just remember to vote like Us on this quiz because We are Always Right and then you’ll be all set to be qualified as a candidate for the position of a True Biblically-Based Discernmentalist just like Ken Silva and Eric Barger. If for some reason you don’t vote exactly like us most likely because you are an unrepentant unregenerate Emergent and Red-Letter Christian then we pray that you REPENT and get saved under John MacArthur approved teaching by believing Our Truth and by accepting the Gospel of Reagan that is if you really are a True Elect Republican Believer to begin with and therefore allowed to repent.