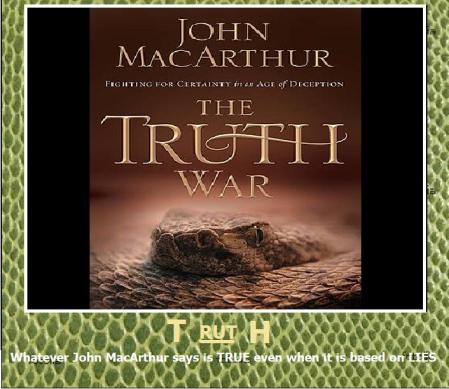 Post-millennialism and amillennialism is really the same thing. I like to call amillennialism negative, and postmillennialism positive. That’s just two ways to look at the same thing. It’s two ways to view human history. One says it’s not the Kingdom. The other says it is the Kingdom. One says moving toward the coming of Christ there will be no Kingdom. The other says there will be a Kingdom. But in both cases it will be the flow of history under the influence of the church. So they’re really looking at the same thing. One calls it a kingdom and says it will expand and expand and expand, that’s the positive spin. The other looks at it as a spiritual kingdom also but says it will decline and decline and decline until Jesus finally comes. But in both cases they would deny the actual thousand-year reign of Christ and they would deny that Christ will reign and rule on earth and literally fulfill all His promises to the nation Israel given in the Old Testament covenants. Whether you’re an amillennialist or a postmillennialist, you basically say Israel forfeited all its promises, forfeited all its privileges, forfeited all those things that God declared in covenant that He would give to them in the future and they forfeit it by their disobedience to the Mosaic Covenant, by their apostasy from true religion and by their rejection of their Messiah. Therefore, Israel has been permanently set aside so that the only Kingdom will be that Kingdom that we call the church ruled by Christ either expanding to take over the world, or existing in the world, and finally in heaven. So, it is really one of the strange ironies of Reformed Theology. And therefore it’s a strange irony in the church today that those who love the doctrine of sovereign election most, that would be Reformed theologians, those who love the doctrine of sovereign election most supremely and who love that doctrine most sincerely and…this is going to be a long sentence…and who are most unwavering in their devotion to the glory of God, the honor of Christ, the work of the Holy Spirit in regeneration, the veracity and inerrancy of Scripture, those who are usually the most fastidious in Bible interpretation, yes those who are the most careful and intentionally biblical regarding all categories of doctrine, those who see themselves as guardians of biblical truth, those who are passionate to get it right, those who are not content to be wrong at all, and those who most heartily agree on the essential matters of Christian truth so that they labor with all their powers to examine in a Berean fashion every relevant text to discern the true interpretation of all matters of divine revelation are…and there’s the main verb in the sentence…are in varying degrees of disinterest in applying their skills to the end of the story and rather content to be in happy if not playful disagreement in regard to the vast biblical data on eschatology as if the end doesn’t matter much…period. Or another way to say it would be this, how many of you have attended an amillennial prophecy conference? There isn’t such a thing. If you don’t know what you believe about the future, you can’t preach on it. Whether you are a pessimistic amillennialist, or an optimistic amillennialist, that’s a post-millennialist, you don’t know what to do with prophetic truth because if you interpret prophetic truth in the same normal natural way you interpret all the rest of the passages of Scripture, you’re going to end up a pre-millennialist. It’s inevitable. And so you have to change the rules of interpretation. And once you say the Bible doesn’t mean what it says, then we have no idea what it means. Certainly you have no idea what it means, neither does anybody else.—Pope Pyro aka John MacArthur (PBUH)

The only True Eschatology is premillennial dispensationalism—never mind the fact that it and the rapture are nowhere to be found in the Bible nor was it taught for the first 1800+ years of Church History. It also doesn’t matter that it came from the teachings of Darby and Scofield and that the Rapture has it’s origins in demonic mysticism. If our Pope of the Truth War—the only True Living Teacher of God’s Word with a Study Bible named after him (complete with his personal study notes; annotations; maps and teachings ) teaches Premillennial Dispensationalism and the Rapture as a FACT in the annotations of his Holy Study Bible and from his pulpit then we can know with Absolute Certainty that these teachings are Absolute Biblical Truth!

This entry was posted on Friday, May 10th, 2019 at 5:47 pm and is filed under Absolute Biblical Truth, Absolute Clarity, absolute truth, Absolutely Certain Truth, AV1611-King Jimmy's Book, Bible-Based Tests, bible-believing, bow, Christian Mystics from hell!, Discernmentalist Preparatory Test, Grace Community Church, ignorance is bliss, Imminent Wrath/End Times, John Macarthur, Premillenial Dispensationalism, Rapture believers, The Rapture, Twilight craze, Uncategorized, What Would John MacArthur Do?, will you make the final grade?, Will you make the grade?. You can follow any responses to this entry through the RSS 2.0 feed. You can leave a response, or trackback from your own site.

3 Responses to Your Daily Dose of Absolute Biblical Truth