We Should Never Be Questioned 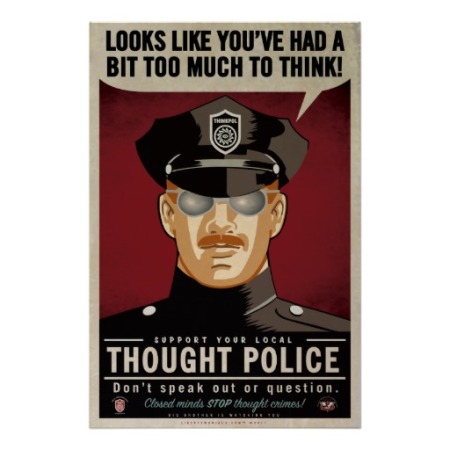 The Extreme Theology of our Truth War should never be questioned—-neither should our methods of:

Do as we say but not as we do. Get it—got it—good because we told you so!

This entry was posted on Monday, July 22nd, 2019 at 2:00 pm and is filed under absolute truth, Big Brother, Brannon Howse, Brian McLaren, circular argument, Cult, cult of celebrity, Easy-Believism, Eric Bargers Take A Stand Ministries, Evil Emergent plots, heresy hunting, Hugh Jass, judging others for fun and profit, Lying for truth's sake, Never question, Peasants' Revolt, Phil Johnson, purposeless driven life, putting on a Puritan's mind!, Religious Police, scripture twisters, Submit unto Thy Governments!, take a stand, they will know we are Christians by our pure doctrine, Tim Challies, Tim LaHaye, TRuth War, Uncategorized. You can follow any responses to this entry through the RSS 2.0 feed. You can leave a response, or trackback from your own site.

One Response to We Should Never Be Questioned