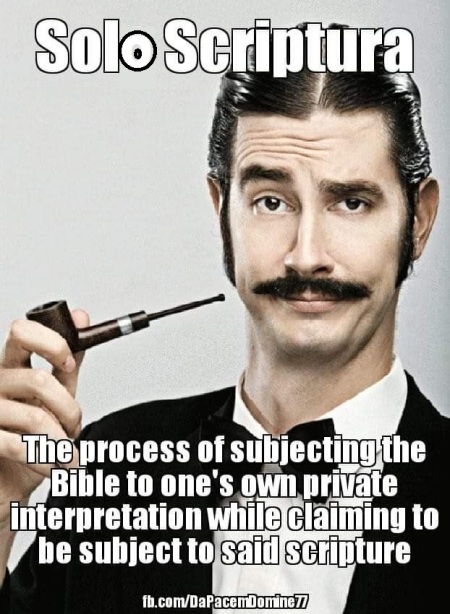 Solo Scriptura. The whole Bible. Be real and stop your deception. Either follow the whole Bible or leave the Christian faith. I do not want a cut and paste faith. That is no faith at all.

However we being good Bible-Believing Conservatives and Internet Discernmentalists like our faith cut and paste as only we have license to practice a cut and paste faith using Solo Scriptura such as:

As you can see our Solo Scriptura is correct as we are inerrant—we like the parts of scripture we agree with and doesn’t disrupt our comfortable Conservative American lifestyle—and choose not to follow those that do. However everyone else else needs to follow the whole Bible or else leave the Christian faith. (Solo scriptura out of context)