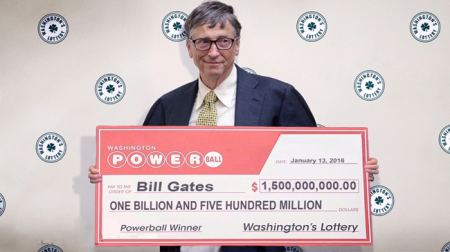 A rumbling in  our butt cheeks prophesized a great awakening as our Research Robot Monkeys observed the Bill Gate leading millions into Emergent Meditation. Many  of our Keen-eyed researchmentalists caught this. Hmm.. The Great Awakening.. Bill Gates’ Instagram Page Flooded With People Calling For His Arrest For ‘Crimes Against Humanity’ at: https://bit.ly/3epBpAi

*****
Also See: Marina Abramovic posing with Lord Jacob Rothschild, who is also a lover of the “arts.” The painting behind them just happens to be “Satan summoning his Legions” (1797), by Sir Thomas Lawrence… Marina Abramovic, Who Recently Me… See More

We can’t say we are shocked—just listen to these hideously satanic quotes from the Bill Gate:

“The moral systems of religion, I think, are super important. We’ve raised our kids in a religious way; they’ve gone to the Catholic church that Melinda goes to and I participate in. I’ve been very lucky, and therefore I owe it to try and reduce the inequity in the world. And that’s kind of a religious belief. I mean, it’s at least a moral belief.”

You see there the Bill Gate supports Catholics and we who are anointed in the Truth War with our just make it  up truth know that no Catholic is Christian—they all worship statues and the arts so are satanic.

Thankfully as crisis acting QAnons and Tea-partying protestors—none of  our causes are funded by people with nefarious agendas—pay no attention to a very special issue.