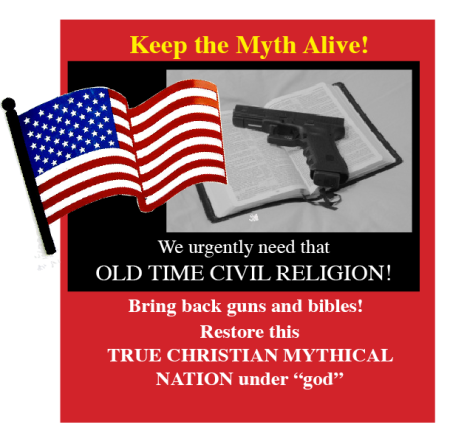 We need to harken back to the good ole days when school children prayed in rote (like Muslims) saying the Lord’s Prayer mechanically. Surely this preserved America! …where Bible & Guns went hand in hand, and we didn’t question foreign military conquests or the killing of poor peasants.These were the good ole days of true bible conservatism ….because conservatism is biblical and biblical is conservatism.

During those good ole days when we had prayer in school things were better than today. People believed in old fashioned values like the Vietnam War….and killing gooks because good American Christians believed in such a thing. People believed that blacks should sit at the back of the school bus, and should not use the same water fountain (because we believed in one nation under a white god).  Moreover, one nation under god meant the state religion of Christendom (just as the Second Book of Discernmentalism demands)…just like Rome where  you could pretend to be a believe and get bestowed all sorts of rights and priveledges. Remember, James Second Epistle? Always be first in line and take the best seat,  and use the state to enact your beliefs.

Let us get back to the bible-believing golden age!

All true civil religionists unit! Get prayer back in school, make sure every student owns a gun and make sure they pledge allegiance to the one true God state.

We proudly support them…

Taking off where Senator McCarthy should have left alone, we welcome McCarthy Ministries in full partnership with ODMafia. We also believe they if we suspect you of ‘red’ you are probably spiritually dead as well. In fact the only good commie is a dead commie.

How do we define commie?

3) You think sharing your possessions is biblical.

4) You believe that Christians should be socially engaged in aiding the poor.

5) You are not troubled by the word ‘social’ in a sentence.

6) You believe that some form of universal health care could be beneficial.

If you detect any one of these attributes in ministry, friend, family or enemy REPORT them to us at once so that we might discernmentalize them immediately. Remember, we have FOURformidable foes battling the church today; Islam, Emergents, people who use candles in worship and Commies (remember this is absolute biblical truth). We must do our do diligence and fight these enemies. Remember, our weapons are of flesh and blood, in name calling and verbal attacks!

Stay with me friends…we must fight! 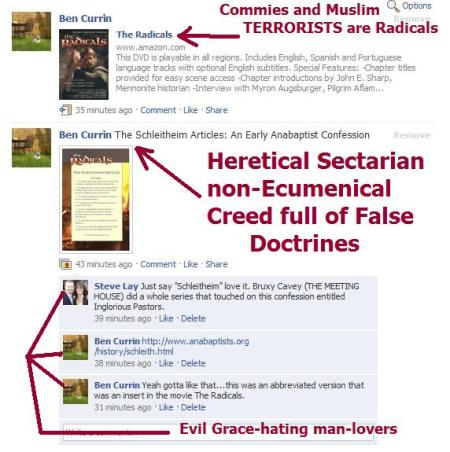 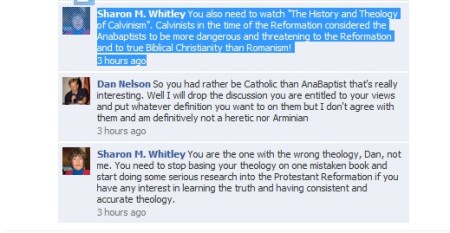 Our Truth War on science continues:

P. S. Take a Stand against science with our “new science free light bulbs that are powered only by biblical faith.” 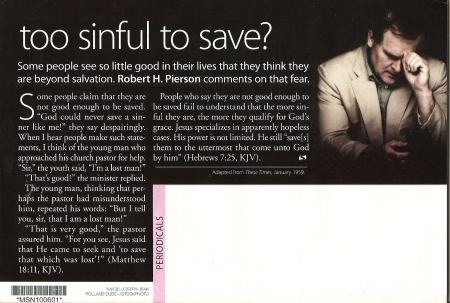 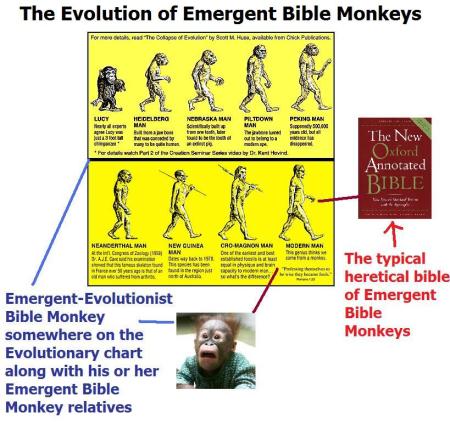 Foolish Emergents, athiests, liberal scientists and ignorant Arminians will believe just about anything since they believe Satan and Man are sovereign instead of our loving Lord of Absolute Wrath, the Truth War and Holy Terrorism. Why they even believe in such Satanic and foolish man-made and man-exalting pseudo-scientific theories such as gravity and plate tectonics! Utter hogwash cooked up by a bunch of crackpots!

Can you imagine anyone so stupid, mentally deceived, twisted and deluded enough to believe in such unprovable and unbiblical theories that have no evidence whatsoever to back them up? We can as we fight the good fight against them daily. Thankfully we have the Top ODM Scientists on our side to set the True Record straight:

P. S. The Truth War against you is still on, Emergent-Evolutionist Bible Monkey! 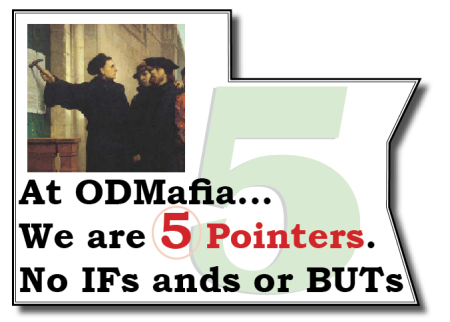 At ODMafia…
We are 5 Pointers.

We alone truly assent to these 5 solas alone. It is simply because we are so biblical. We are extra concerned (more so than the Concerned Nazerenes). We Take A Stand, where mere mortals simply want to sit. We have a backbone for apprising the truth, when others have none. We refuse to take a small slice from laodicea, and will not tolerate the use of a  herescope.We do this alone. We exemplify the 5 solas.