Fresh from our presses we bring you a new course from the good old days. Learn how Whataboutism came about and how you can use this effective tool to up your Discernmentalism game. Soon you’ll be out-arguing the enemy tenfold. Increase your scorecard using these simple tactics—examples-

A gay starts talking about his or her fears:

Someone accuses Trump supporters of racism:

Get it–got it good because we told you so. 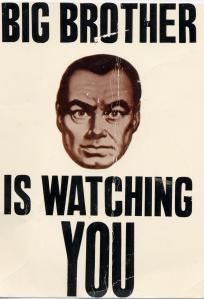 Article by I. Todyaso Appears in Newspaper!


We wanted to share this article from a major newspaper publication called The Discernment written by I. Todyaso. We wanted to state that next to the Internet, the newspaper is the more accurate place to get news. This means it must be all true!

We Want To Hear From You Or Else

Write us at our ranch:

The ODMafia is always improving technology, detecting false teaching and keeping you safe so that you don’t have to think for yourselves. Our skunk-works R & D Labs work tirelessly for you.  Our research robot monkey’s never sleep. But because we are so dedicated (unlike other discernmentalists) we have created an amazing heresy-roof-repeller using Take A Stand’s Bible Based Satellite System (BS). This roof  can filter out 99% of all heresy. Yes you have read it right – this roof  is Rob Bell, Gregory Boyd, Charles Colson, Richard Foster, NT Wright, Brian McLaren, John Stott , Charles Swindoll and Dan Kimball proof. In fact Obama’s speeches are also filtered out as well (a bonus!) and become Republican speeches.

Remember,  don’t do all that hard work of thinking and praying yourself….let us do it all and the discernmentalizing for you. Relax, sit back and imbibe our teachings. Remember purchase your Heresy House Repeller today!

The digitally remastered My unFair Lady is now presented to us in Blu-Ray! Professor Spurgeon who takes a bet from Colonel Pickafight that he can transform unrefined, illiterate non-truth warrior flower girl Eliza Judgelittle into a Discernmentalist Truth Warrior, and fool everyone into thinking she really is one  too! His plan is well executed and thus a young truth warrior falls madly in love with her.

In the end Eliza Judgelittle becomes a fine discernmentalist, (thus still remains generally illiterate) and gatekeeper of the truth. No one could have guessed at her excellence as an online discernmentalist, therefore she deliberately changes her name to Eliza Graceless out of shear embarrassment and to hide her true identity.

Finally hidden in the credits of the movie, she leaves with us a list of people we must meticulously follow, track, and mischaracterize as false teachers in order for all of us to feel as though we are doing a mighty work of truth.

Original Discernmentalist Host will be back to Host “Are You A Heretic?”

The show, “Are You A Heretic?”which was created in America, and its popular line “Will you answer the question – are you a heretic?”  a smash hit….is coming back to TV.  Rating began to plummet when contestants where unable to discern as heresy as quick as audiences had originally hoped. The show will be re-tooled to fit a more savvy audience, but network bigwigs think that slight adjustments to the show and finding and branding more heretics like Brian Mclaren, Gregory Boyd, Charles Colson, NT Wright, Dan Kimball and others might help to boost ratings.

A spin-off show is being considered such as “Guilt By Association” among others.

Discernmentalists everywhere are lining up, being interviewed in hopes that they can finger a heretic in this revised television series.

Several ODMs including ODMafia’s variety entertainment show get the ax 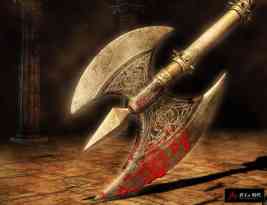 CBS has canceled long-running discernmentalist action-drama “Truthgate SGI” and veteran crime drama “Without a Discernmentalist,” and NBC is putting an end to Thursday night comedy mainstay “My Name Is Ingrid” and truth thriller “Mediocrity.” The moves come after late-in-the-game saves for relatively new fan favorites like NBC’s “Chuck Colson” and Fox’s “Truthhouse.”

OFMafia’s Variety Entertainment Show based on absolute truth skits was found to be entirely underwhelming, lacking in any entertainment value whatsoever.