The homosexual who wrecked an empire! 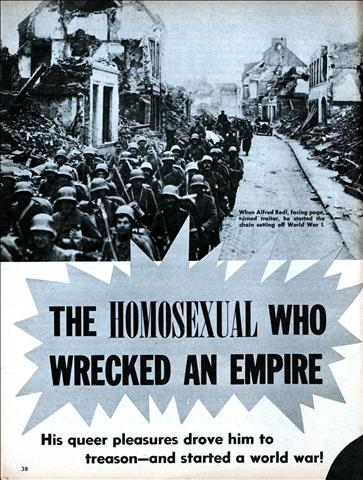 The ODMafia research robot monkeys were the first to break the case!  Super-gay-guy found to have single handedly destroyed an entire empire. According to our very accurate research by our electronic monkeys this man was bent on creating an all gay army; men in tights!

We believe that this covert army began to gay-i-fy the entire army, and then the entire nation. It was their goal not to allow woman to vote, drive or to own property – thereby securing rights for the secret gay groups that ran amuck! We heard now that they are ruining chicken restaurants—how the mighty have fallen!

Church of England secretly in love with Rome 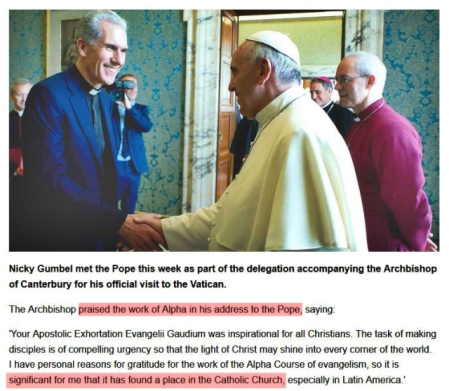 Abomination Nation, one of our favourite discernmentalists for both researchmentalism, insights, and objectivity has observed the following startling conclusion “…among others. Lewis was a member of the apostate Church of England, an institution whose history is based largely on theological compromise with Rome.” You read correct folks HISTORICALLY a theological compromise with Rome.

The ODMAFIA fully endorses both theological and historical ignorance as a guise for discernmentalism. I will note a few of the 39 Articles to which Abomination has clearly never read that purport to be Romish sympathies in no particular order:

The Romish Doctrine concerning Purgatory, Pardons, Worshipping, and Adoration as well of Images as of Reliques, and also invocation of Saints, is a fond thing vainly invented, and grounded upon no warranty of Scripture, but rather repugnant to the Word of God.

Article XXVIII: Of the Lord’s Supper

Excerpt: Transubstantiation (or the change of the substance of Bread and Wine) in the Supper of the Lord, cannot be proved by holy Writ; but is repugnant to the plain words of Scripture, overthroweth the nature of a Sacrament, and hath given occasion to many superstitions.

Article XXXII: Of the Marriage of Priests

Bishops, Priests, and Deacons, are not commanded by God’s Law, either to vow the estate of single life, or to abstain from marriage: therefore it is lawful for them, as for all other Christian men, to marry at their own discretion, as they shall judge the same to serve better to godliness.

Article XX: Of the Authority of the Church

The Church hath power to decree Rites or Ceremonies, and authority in Controversies of Faith: And yet it is not lawful for the Church to ordain anything contrary to God’s Word written, neither may it so expound one place of Scripture, that it be repugnant to another. Wherefore, although the Church be a witness and a keeper of holy Writ, yet, as it ought not to decree any thing against the same, so besides the same ought it not to enforce any thing to be believed for necessity of Salvation.

Article XVIII: Of obtaining eternal Salvation only by the Name of Christ

They also are to be had accursed that presume to say, That every man shall be saved by the Law or Sect which he professeth, so that he be diligent to frame his life according to that Law, and the light of Nature. For holy Scripture doth set out unto us only the Name of Jesus Christ, whereby men must be saved.

We commend our readers to IGNORE the Anglican Articles of Faith (see above) and stick to mythology sort of like Abomination Nation does. Since we fully endorse spurious research and conclusions please keep indulging yourself with such ministries….clearly the Church of England is a ROMISH sympathizer as historically stated.

We at ODMAFIA do the research so that YOU don’t have to think! 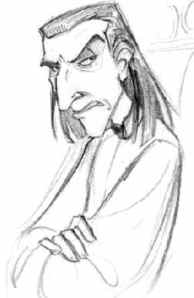 There are plenty of things to be contemptuous about… and not enough time to condemn everyone. There is why we have come up with this holiday.

…but first we NEED to ignore the admonition in the Epistle of James:

“Brothers, do not slander one another. Anyone who speaks against his brother or judges him speaks against the law and judges it. When you judge the law, you are not keeping it, but sitting in judgment on it. There is only one Lawgiver and Judge, the one who is able to save and destroy. But you–who are you to judge your neighbor?”

Remember this is about  TRUE discernmentalism, therefore we are exempt! We can pour out contempt, and judgmentalism with no fear of retaliation. Our sanctioned ministries  are carefully crafted to condemn others (all those who disagree with us) armed with emotionalism and the keenest of cold rational self-righteousness.

Due to the horrendous climate of apostasy and false teaching our contempt can be conveniently poured out in one day!!!  It’s a WAR out there!

It has long been known that CS Lewis, has been soft on truth…probably because he came  out of the Church of England. Few know that he is secretly smuggled into his books anti-discernmentalist rhetoric….here is a quote to prove it:

“SCREWTAPE ON CHURCHGOING – Surely you know that if a man can’t be cured of churchgoing, the next best thing is to send him all over the neighborhood looking for the church that “suits” him until he becomes a taster or connoisseur of churches. The reasons are obvious. In the first place the parochial organization [neighborhood church] should always be attacked, because, being a unity of place and not of likings, it brings people of different classes and psychology together in the kind of unity the Enemy desires. The congregational principle, on the other hand, makes each church into a kind of club, and finally, if all goes well, into a coterie or faction. In the second place, the search for a “suitable” church makes the man a critic where the Enemy wants him to be a pupil.” —C. S. Lewis. (1898-1963) THE SCREWTAPE LETTERS. New York: Time Incorporated, 1961, p. 52. (I R&D’d from WQOTW)

Note that he sneers….at every man being a “connoisseur of churches” and a critiquer of churches. It would seem that CS Lewis implies that we should seek unity even within a diverse church! He appears to be saying that we should tough it out instead of running! How then do we feed on the true doctrines of the true church (by that I mean a John MacArthur approved one!!!!)

I don’t know about anyone else….but he does not seem to care too much about truth and for that I am clearly disgusted.

Clearly he is attacking us from the grave!

Clearly we should BURN his books before he encourages further damage. Who knows what else he will write against us? We need to stop him now!

Clearly “unity” is a liberal code word for “get along and love one another.”

I, Dr. Truthslayer  advise all our readers to BURN any CS Lewis books you may have at once!