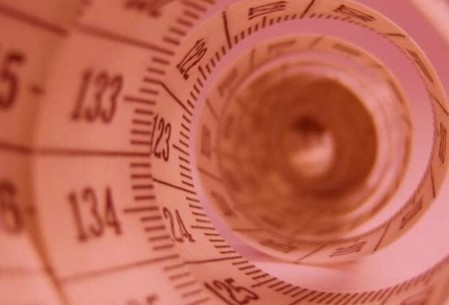 Using his discernmentalist skills Paul Proctor is quoted as saying “The reports are everywhere now about the declining numbers of church members and baptisms – especially among Southern Baptists…Everyone is trying to figure out what’s wrong.” Having insight into God’s will Proctor notes “This might come as a shock to many, but I would suggest that the answer here might just be nothing is wrong – that those declining numbers that are troubling the pulpits of American churches right now may well be God’s will being carried out by His own being called out of a growing apostasy flourishing within them.”

Of course it could be that the numbers have been over exaggerated by attendees who never actually go to church, or members defecting to other denominations, or house churches….but we digress…

Paul further states “If God is in control, as so many of today’s church members are fond of saying – then He must also be in control of the declining numbers.” However, we do not want to blame God for Paul Proctor presumptuous claims…we at the ODMafia however do want to claim him as an expert discernmentalist

…if he can read the mind of God…we want him on our side.

Discernmentalists recently questioned whether or not Kanye West has a new found saved status or not after it was discovered that he will attend Joel Osteen’s church.

No praying, no sermon, no word, just music!

In a recent interview with Jimmy Kimmel Live!, Kim explained that Sunday Service is “more of just a healing experience” than a religious one. “There’s no praying, there’s no sermon, no word, just music, and just a feeling — and it’s Christian,” she explained. So, it’s like a high-vibe spiritual Christian concert that’s welcoming of celebrities and other musicians, such as Katy Perry and Busy Philipps. [Emphasis added]

Radical obedience, NO REPENTANCE OF SIN

During one song, where singers declared that “nothing is too hard for God,” Kanye stopped and prayed to God, imploring the congregation, “all you ask is for radical obedience to You.” [Emphasis added]

We agree as we’re the Greatest most Smart send us your money Discernmentalists of all time! In fact in our esteemed wisdom we’ve already discernmentalized Kanye by osmosis before DTW. We must add that even others agree—we point you to our spiritual descendants:

“Da-cirnamentalist Code” follow-up due in December

NEW YORK (Reuters) – Author Dan Brown’s follow-up to his global hit “Da-cirnamentalist Code” will be released in the United States, Britain and Canada on December 15 and is titled “The Lost Research,” publisher Random House said on Monday. In this new installment hillbillies with bad French accents set out on a mission to solve the skills of discernmentalism…. probably the most complex mental gymnastics known to mankind.

As far as ODMafia is concerned NO ONE will truly understand the expertise of us discernmentalists….what we know is in the vault.

“Da-cirnamentalist Code” has sold more than 70 million copies since its 2003 release and topped best-seller lists worldwide, outraging the Vatican and some Catholics because of the fictional story lines about the Emerging Church and the Catholic Church.

Five million copies of “The Lost Research,” which again features the fictional, mystery-solving Harvard symbologist Robert Langdon, will be printed — the largest first print run in the history of Random House. Now with a featured film version included with every book.

The modern way, the modern drink

Discernmentalists have have long celebrated platonic dualism. We like to divide the world into the flesh (all that is bad), where God can’t go….and the spirit (where God is and we hope to be someday). In the end we want knowledge, accurate knowledge – you know 100% perfect doctrine….because we all know we are saved by perfect theology.   For more detail:

“For example, Paul quite often writes about the ‘flesh’ and the ‘spirit’. If he held the Greek dualistic world view, Paul might mean by ‘flesh’ the lower, material side of life: hunger, lust, desire for significance, all the facets of living in the material, fallen world; a place in which God is not interested in dwelling, a place which is thus separated from His presence. And Paul might mean by ‘spirit’ the higher, spiritual side of life: the loftier pursuit of the knowledge of God and being in His presence; the place where communion and fellowship is possible in a way not possible if we are living in the material world of the flesh. This is in fact how modern evangelicalism interprets much of Paul’s writing about flesh and spirit.”

We embrace modern evangelicalism, because that is what we have always believed! Since we KNOW we are right, and we don’t NEED correction, we know what we know.

We are bothered by such statements as “For Paul, the flesh and the spirit are not two different realms of knowledge or experience, but rather two different routes by which to attain moral goodness, the highest goal of human experience.” WHY? Because it sounds TOO much like Rob Bell’s apostate-liberal-new-age video EVERYTHING IS SPIRITUAL. Indeed, we are flabbergasted by this suggestion “Therefore, the Greek separation of the spiritual and the material world, which was imported into Christianity after Paul wrote his epistles, provides an incorrect interpretive grid for understanding Paul’s writings.”

We don’t have interpretive grids, in fact we are gridless. We have the pure doctrines that we draw directly from the bible without any cultural, theological or moral biases…..