For The Discernmentalist On The Go…. 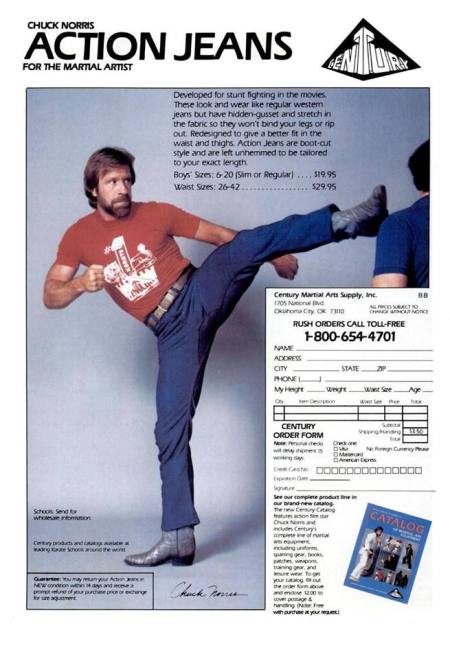 Introducing an all New Action Pants©™ for the discriminating Discernmentalist consumer! Our all New Action Pants©™ are  Chuck Norris endorsed; Truthslayer approved; OdMafia backed. Every pair of our all New Action Pants©™  are: made with Maximum doctrinal protection… Stretch Technology… extreme comfort… good for  roundhousing the bedevil out of liberals; heretics; postmodern apostates; anti-Trumpers; pacifists; gays; vegans; Canadians; Muslims; mooses; meeses; garbonzo beans; Antifa; abortionists; commies; SJWs; feminazis; Hollywood; signs; TVs; and all others who stand against our Pure Doctrines or your money back guaranteed. Act now: Only $99.95 plus $33s/h plus a  $7555 surcharge. 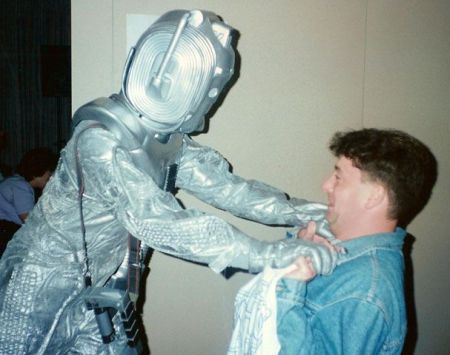 Discernmentalist after undergoing Cybernetic Heresy Hunting Surgery threatens an Emergent heretic with the Gospel of God’s Law and Wrath and Hell.

We’ll also be able to teach Discernmentalist skills such as Self Righteousness to a wider range audience:

And in the end our army of Discernmentalists after undergoing Cybernetic Heresy Hunting Surgery will be able to bring Doomsday upon all that we deem heretical:


This is what happens at a typical Emergent Church service!  If you know what things happen at those couch and candle driven churches you would be shocked! You would never see anyone having fun in one of our churches! We make sure nothing like that would ever happen!

Using Eric Barger’s STRETCH and Revisionist Technology and Todd Friel’s Subliminal Brainwashing microwaves Ken  Silva and his loyal band of Discernmentalists have found a way to hit the Preteen/Tween and Teenage television markets. The first of their fruits is:

Weekends at 9:30AM
All times ET/PT
That’s So Discernmentalist is a new live-action situation comedy starring Raven (formerly credited as Raven-Symone, The Cosby Show) as Reagan “Marxist” Basher, a winsome Capitalist-loving teen whose ability to glimpse flashes of the future and know all through perfect osmosis cause trouble whenever she meets Emergent and Red-Letter Christians. Helping her out (or sometimes into) these predicaments are her best friends Eddie Silva and Chelsea Barger, whose loyalty can be counted on whether Reagan’s escapades involve hilarious disguises, hostile government overthrows of corporations by God’s Only Inerrant/Republican Party, exploitation, discernmentalism or a hint of danger. Allowing her flights of fancy — yet eager to keep her feet on the ground — are Reagan’s parents, Victoria and Todd “Emergent” Basher. And then there’s precocious kid brother Cory, who is both an annoyance and invaluable resource to his big sis. Cory not only idolizes Final President Reagan and Capitalism, but the love of money is his total root motivation with all his wacky “get rich quick” business schemes. Watch with the whole family and learn these Discernmentalist values: arrogance, greed, haughtiness, Capitalist Materialism, divisionism, knowing by osmosis, condescending selfishness, avarice, revisionism, strawman arguments, how to listen to only yourself when you  yell and scream at your opponents and much much more…
©GOIP Productions
Length: 00:23
Genre: Children, Sitcom, Comedy
Original Airdate: 2003+7/10

John MacArthur pointing out he is #1

(Lighthouse Fails news source) In a recent poll at Grace to You in which those that follow that ministry daily and even attend Grace Community Church where asked if they believed John MacArthur to ever be wrong. As they tabulated the votes, it was pointed out that 100% of those that were “true believers” and Elect stated that John MacArthur was never wrong! The rest of the votes were tossed out for suspect of being tainted by Emergent Village spies. John MacArthur celebrated by buying a new suit and handing out signed copies of his book, The Truth War and smiling in a recent Larry King interview and debate. Spurgeon, Luther, and Calvin were not available for comment. Yet we were able to contact I. Todyaso who heads the ever popular and extremely self righteous blog “The Online Discernmentalist Mafia” who stated, “Who would have thought otherwise?” and mentioned that the rumors of John MacArthur’s love for basketball has not set a lower standard for other ODMs.

Now a word from our sponsor, Rush Limbaugh!

Now back to our regular scheduled programing!

american gospel, but it is really all about me!, Calvinazis, Christo-Fascism, consumerism, CRN, Discernment, do the hustle, economy, Entertainment, Fashion, God's Only Inerrant Party, GOIP, GOIP Productions, GOIP Products, Gospel of Reaganism, I am mean, ignorance is bliss, immigrants, In fact my panties are not in a bunch!, it's all about me, Judgement Day, judging others for fun and profit, Lying for truth's sake, marketing for God, marketing using fear, milking goats for fun and profit, more me, ODMafia, Oh that smell, politics, Post-modern unbelievers, purposeless driven life, Reconciliation?, Religious Police, Religious right = Christianity, Republicans are natural christians, Right-wing, Right-wing radio, Rush Limbaugh, Secret Order of Discernmentalist United in Ministry, Self righteous, setting the standard, Spineless, splotch of a spotted swine varmint, Spread the fear, spread the hate, strawman, take a stand against, The good old days, The Terminator, time is running out!, torture is good!, TRuth War, Ultra News Worthy, war, war not love, Ways of the Master Discernmentalist, We are not bigots you reprobates., we are not like them!, We KNOW!, what would you do without me?, Where's my peyote?, windbags, windmills |

Ken Silva and the fine crew of God’s Only Inerrant Party have recently discovered a new sinister plot by those  Evil Emergents who are truly pagan and worship Satan. Here are the details that our GOIP Bot Searcher 3342 found on futher investigation:

You see there—those Evil Emergents are plotting to sacrifice little Baptist children to Satan (and by Baptists we mean only those who follow the Pure Doctrines as preached by Spurgeon). They said that they were doing this in protest of our Halloweenie Heretic Book Burning Shindig.  If that isn’t Absolute Proof that Emergents are the Incarnation of Absolute Evil then here is futher proof: Emergents love Postmodern Philosophy. Jacques Derrida is a Postmodern Philosopher and the devil reads Derrida. Photographic evidence: 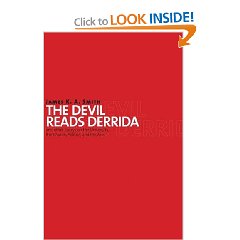 From this we can conclude that Postmodernism is of the devil—so therefore the Emergents are non-Elect and also of the devil, too.

Don Jobson—Taking A Stand on the Urgent Emergency of the Emergent Heresy.