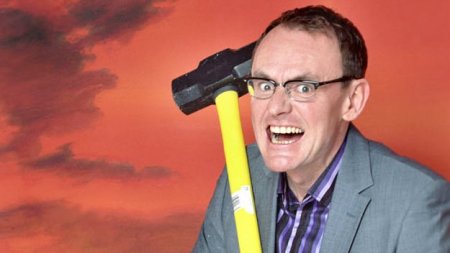 Pastorboy aka (Name withheld upon request) invites gays to church!

Discernmentalist News: Pastorboy aka (Name withheld upon request) who insists his identity must be kept out of the Internet, had a momentary lapse of Discernmentalism. After a great time of abusing others at a local college where he told women they’re dressed like prostitutes, and he tells students that gay people will burn in hell, accidently went on to invite the gay people at the event to his church. This was fortunately realized as an oversight and resorted to name calling of those gay people who did take his offer. Source

Again, we here ephasize that Pastorboy aka (name withheld upon request), who once threatened to sue us must not be known on the Internet by his real name or the location of the church he pastors. We at the ODMafia are doing our best to keep anything like that information out of our blog. We also would hate to have him sue us for exposing Pastorboy’s true identity. And please… do not feed the monkeys. 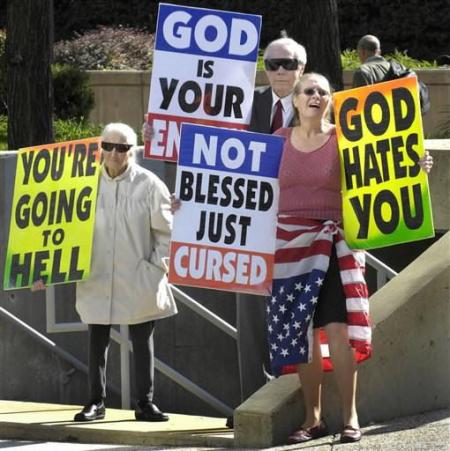 …from the creators of God Hates The World:

This  is a great hymn which teaches the Pure Truth War Gospel of God’s Absolute Sovereign Wrath towards the 99% of humanity He chose not to limit His atonement for. And remember: “Stop prayin,’ stop prayin,’ God will not hear you anymore” as if God ever listened to all of you unrepentant unregenerate reprobated sinners to begin with. God hears not the prayers of the reprobate, for God hates you so much that He chose  to destroy and eternally burn you in hell before you were ever  born— but if you are like us Predestined and of the Regenerate Elect and therefore able to repent, you may repent if you wish—but repentance is unecessary and not required of the Elect, for we are already “Once Saved Always Saved” no matter what.