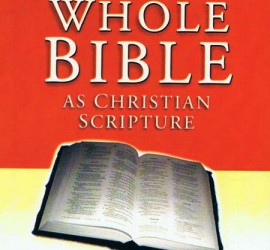 Is this One of The Bibliophiles that Ray Comfort warned us about?

Bibliophile in the midst of his sinister act

We’ve already apprised you on God’s Only Inerrant Party that while he was working with us on our de-sinned Arthur episode that Ray Comfort warned us that Bibliophiles are the latest threat in the atheist assault on Bible-Believers. “If you call any other Christian on this page a ‘bibliophile’ I will ban you. I thought it was just another atheist insult, a cross between pedophile and Bible.”—Ray Comfort. Its worse than that though as our Herescopes have discovered a more sinister definition of Bibliophiles that is not an atheist insult.

Recently our Research Robot Monkey spies using our Herescopes have observed a Bibliophile in the midst of the act that fits our newly discovered definition: “a book lover (most likely atheists ie. Disney) assaulting our children with strange books or their love of books. Librarians are also suspect in this.” [This is why we’ve forbidden our wives and children from going to the library or even looking at one (even our own Discernmentalist libraries)].

Mrs. Truthslayer and Mrs. Jobson wanted us to add that not only are these strange books but they are scary as well—after hearing us talk about some of these strange and heretical Emergent books we’ve been discernmentalizing. They have no other choice as they agree with us in our Doctrines. They contain such scary information that we can only flee in horror—fearing and quaking in terror from only briefly glancing at it. In fact our wives were heard screaming as they heard us talking about the spiritually terrorizing information contained within these apostate Emergent books—information such as:

We suspect this is part of the reason that Ray Comfort considers Bibliophile an atheist insult. We too consider it an insult after researchmentalizing this vulgar word even further which is why we had to add it to the Second Volume of our Discermentalist Dictionary. Setting the record straight we Online Discernmentalists thankfully are not—I repeat not Bibliophiles—let alone book-lovers but we do love our Bible! On a related note: we’re now offering a special sale on some of our favorite Discernmentalist books.

Books we especially love most of all: 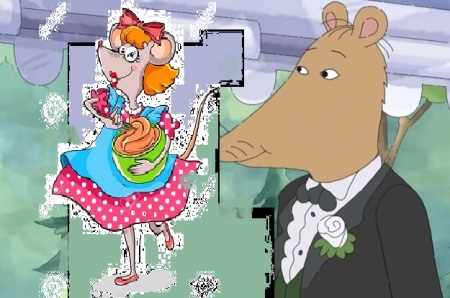 Now we all can agree with the Bible when it says to follow Christ and to hate the things of the world that we may place above Christ that prevent us performing our highest calling to follow Christ—but that’s the Bible. This is different as the above quote was uttered by a known heretic the late RHE (heretical liberal feminist) which makes it blasphemous as she is on record in attacking our Clear Teachings of Biblical Manhood and womanhood. In fact this quote is so blasphemously heretical  that I’m now rereading a classic by Doug Wilson in order to counteract this feminist assault on our Pure Doctrines. My co-Truth Warrior Dr. Itodyaso had to reorder several copies of the Truth War and go back to hiding out in our Sanctification closet in order to re-perfect our humble Ministry of Bible-based Wrath and Disgust. Dr. Truthslayer has our Research Robot Monkeys researchmentalizing more Biblically-appropriate quotes such as these gems gleaned from Doug Wilson ‘s A Conservative Arian LibertAryan Manifesto for Biblical Manhood and womanhood plus a defense of slavery:

We only pray that none may accidently fall upon that heretical quote by the late RHE (progressive Emergence radical femimarxist apostate Pastrix guru) and get corrupted into believing in such unbiblical ideas like equality. We do fear Miley Cyrus among others but when we pray Imprecatory prayers to our Angry Sovereign God for our sons’ and daughters’ possible salvation, the influence of Miley Cyrus is rarely (albeit not never) what we pray for God to protect them from is blasphemous quotes such as that one by the late RHE (Postmodern gay-enabler feminist heretic) above.  We’re now praying this  prayer of protection against our many enemies and their affronts on our Pure Gospel of Biblical Manhood and womanhood:

“Father, we pray that the angel of the Lord would chase them down. We pray that You would set for them a dark and slippery place, and that the angel of the Lord would persecute them there. They have hated us without any just cause at all, and they have devised all their plots without any good reason. We ask You therefore to rise up and defend us. Stand in the pass behind us, and lower Your spear against them. Turn them back from their wicked attacks. Rout them, we pray. Chase them like chaff in a stiff wind. We pray that You would string Your bow, sharpen Your sword, make ready all the instruments of death. Ordain Your arrows to fly against those who persecute the righteous. Make their mischief to roll back on their own impudent heads.”—Dr. ITodyaso

Judging Books by the Authors on their Covers

Since Eternity Matters we bring you this important lesson in Discernmentalism: ‘With the late RHE as the author you can judge a book by the cover…(for she) was a false teacher who lead countless people astray and affirmed them in their sin and rebellion. And she aggressively supported pro-abortion policies.’ (Link)

We here at the ODMafia agree as our Research Robot Monkeys have also discermentalized the following important facts to fit the narrative of this essential truth of this teaching on judgmentalism:

This list could go on for an eternity but because Eternity Matters we have more important things to do like teaching the Good News of our Angry God who hates everybody not like us or don’t believe in the Purity of our great Doctrines.

A recent post of ours by Dr. I. Todyaso slightly related to this one: New Emerging Heretic Bible Found.