Solo Scriptura. The whole Bible. Be real and stop your deception. Either follow the whole Bible or leave the Christian faith. I do not want a cut and paste faith. That is no faith at all.

However we being good Bible-Believing Conservatives and Internet Discernmentalists like our faith cut and paste as only we have license to practice a cut and paste faith using Solo Scriptura such as:

As you can see our Solo Scriptura is correct as we are inerrant—we like the parts of scripture we agree with and doesn’t disrupt our comfortable Conservative American lifestyle—and choose not to follow those that do. However everyone else else needs to follow the whole Bible or else leave the Christian faith. (Solo scriptura out of context)

The Good Old Days of the Christian Church 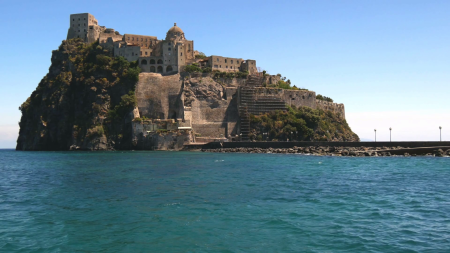 Super discernmentalist Paul Proctor notes “Driving across town the other day, I passed by a church that always displays an inspirational message on their sign out front. Such messages are very common these days and often quite thought provoking. The one I saw most recently had me thinking all the way home.

It read: “Churches are hospitals for sinners, not museums for saints.”

“How sad and true, I thought to myself. Churches have become hospitals for sinners, haven’t they? They used to be spiritual fortresses built in enemy territory where soldiers for Christ were recruited, trained and equipped for doing battle against sin and evil in society with open bibles, convicted hearts and committed lives.”

We at ODMafia like the good old days when we could burn heretics at the stake. Or going further back in time, like St. Paul’s Corinthian church (the golden age) where good old fashioned believers had sex with their step  moms and they got waisted during communion. Sigh….we wish we could go back to when times were better.

—ODMafia fortified with Our Truth

Online Discernmentalist Ministries (ODM) Has Important Information For All Believers!

ODMs having a storehouse of valuable apologetics information states “There is no hint in the New Testament that the Apostles considered themselves agents of change in society.” A bystander who apparently never went to church but who did have some ‘off statements ‘suggested “Wasn’t your apostle Paul and that guy uhhhm James were they not instructed to take care of the poor, widows and orphans? …Didn’t Jesus change society by his healings and so on….I don’t know you guys are supposed to be experts” The Online Discernmentalist expediently moved in to shut this non-sense. An anonymous apologetic researcher noted that none of the Discernmentalists should have to put up with the unbiblical practice of taking care of the poor or even contemplating the fullness of the times. Besides fullness of times strikes us as far too mystical.

We at the Online Discernmentalist Mafia stand for truth, but not questions.

—-This PSA brought to you by Dr. Truthslayer.

Stating “we are Bible believing” makes it true! 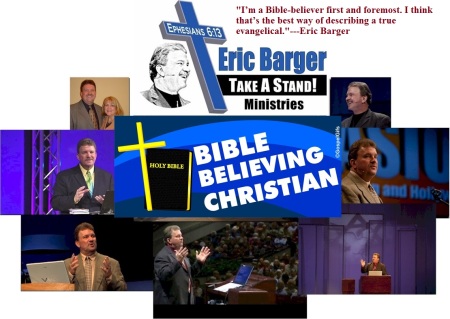 That is why Take A Stand Ministries is just a simple bible believing ministry who has the entire bible untangled and figured out. If you want bible believing certainty, and all that non-sensical post-modern, new-age liberal mystery and wonder jettisoned from scripture….this is a ministry that you should embrace.

Direct and in from our ever truth seeking robot research monkey’s is the following from South Heights Baptist Church of Sapulpa statement of beliefs.

The first two statements of faith:  1) That the Bible is the inspired, infallible, inerrant Word of  God, and that it is our only rule of faith and practice. and 2) That the AV1611 King James Bible is God’s preserved Word for English-speaking people.

We also endorse these statements since things like the Bible take precedence over persons like Jesus our Risen Lord. Moreover, we think that the AV1611 King James Bible is the purest form of the Bible, falling from the sky entirely preserved as is and more superior to other bibles and without a single revision.

The KJB is so perfect and so Holy that it didn’t need a translator as it’s obscure language is easily understood via Bible-Osmosis.

Even Bigfoot agrees as after he got saved by reading The Truth War—he began speaking in a tongue that no modern hearer understands yet we have reason to believe he understood.