“Guns and Deporting People Rob God’s Sovereignty but only Abortion should be Opposed”: says Doug Wilson.

Guns annihilate the miraculous creation of life that is God’s gift to every person. Guns disregard the process of creation that God engineered for bringing new life full circle. Guns rob God of His Sovereignty in dispensing life and death. Guns rob God of the pleasure He derives from seeing His children grow in faith and grace. And guns rob God of lifetimes of glory and praise that would have honored Him.

Remember that anything of man is man-centered and not of God. Inanimate objects are of man/idolatry and take our focus off of God and His Absolute sovereignty over all things including every speck of dust blowing in the wind. God pre-determines all things and is jealous and won’t see His glory robbed—for trust in anything other than God and His Absolute sovereignty is man-worshipping Armenianism—the road to Rome.

Another robbery of God’s Absolute control over all things including migrating people is fear. Just like fearfully clinging to one’s guns for self-defense rather than trusting in God’s Absolute Sovereignty alone—fearfully deporting migrants; immigrants; refugees; et al also robs God of His Glory. Bible verses on this:

Triumphant Song of Confidence Of David.-

28 Do not fear those who kill the body but cannot kill the soul; rather fear him who can destroy both soul and body in hell.[a]

Elsewhere Thug Wilson has admitted that neither abortion nor gun control will work as if you outlaw either one only outlaws will have them and that we should stop blaming inanimate objects that are both legal and Constitutionally protected. We mightily thank Thug for proving that pro-gun anti-abortionist anti-migrant Conservative Calvinist neo-Confederate patriarchal  rape apologist windbags are neither pro-life; pro-love nor pro-God’s Absolute sovereignty over and in all things. What’s next will Thug say we have free will to choose our lifestyles….ha. Will he remove the T from TULIP? We’re beginning to think none really trust that God is in Absolute control nor in the Sovereignty of God over all things in which they pretend to believe is the Holiest of all  doctrines.

How dare those people call themselves “Christian”!

I came across this comment from Ken Silva at the heretic Joe Martino’s blog. Ken sets that so called “Christian” straight as to whether Joe is a “real” Christian. I mean, come on Joe! If you were a “real” Christian, you would be able to understand Ken as he states:

“…and then I sit here and wonder why people have such a bad taste of “Christianity” in there mouths, or want nothing to do with it completely. Why put your faith and life into something where people can’t even figure out what and who is right and wrong, or what to believe. If you have problems, drop it or man up and try dealing with that person personally and deal with the issues, don’t just sit there mouthing off on your blog (do it privately). Sitting there bad mouthing on one’s website and ripping them apart, etc. proves nothing other than a lack of maturity and slanderous speaking towards an assumed brother or sister in Christ. I’m not taking sides, I’m not voicing my opinion other than this one. Its just makes me sick in my stomach and enrages my disgust towards your self proclaimed christianity. You’d never know you were in love with the same thing…just blows my mind.”

Yes, Joe, how dare you state you have a relationship with Jesus! What would Jesus want with a sinner like you. To bad you are dead in your sins otherwise you could repent and be saved like me and Ken. Notice that Ken so subtly puts your “christianity” in the lower case, unlike ours in the Upper case? Get it Joe? God has given us special “favor” in our ministry against those who think and trust God protects them with Truth.

It is time to stand up and take a stand and protect our God and His truth from people like this who are destroying the American Church berfore our eyes!

No to Reconciliation! Amen Truth Fighter! 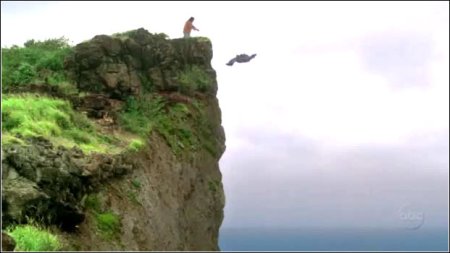 Picture of sinners getting a push to reconcile to us saints!

Chris Rosebrough is taking a stand against reconciliation…

At least until these sinners reconcile with him!

“I will NOT be reconciled to people who call themselves Christians yet deny that the Bible is the inerrant word of God.

I will NOT be reconciled to people who call themselves Christians yet deny that Jesus Christ rose bodily from the grave.

I will NOT be reconciled to people who call themselves Christians who openly defy God’s word by ordaining homosexuals.

I will NOT be reconciled to people who call themselves Christians yet deny that salvation is found only in Jesus Christ.

I will NOT be reconciled to people who call themselves Christians yet deny that Jesus Christ died on the cross as my substitute for my sins.”

If you too want to take a stand against the ministry of reconciliation like Chris and me you can read the Rest of Rosebrough’s response to Rick Warren.

17 Therefore, if anyone is in Christ, he is a new creation; the old has gone, the new has come! 18 All this is from God, who reconciled us to himself through Christ and gave us the ministry of reconciliation: 19 that God was reconciling the world to himself in Christ, not counting men’s sins against them. And he has committed to us the message of reconciliation.”

Let the “Truth War” rage on in the Name of God’s wrath and anger against all mankind… God hates sinners and loves us “righteous” people.