(Online RRM Times)- Millions of American-made Research Robot Monkeys are now fearing for their careers as thousands get laid off and lose their jobs to foreign-made Research Robot Monkeys. A spokes-robot for the American Research Robot Association (ARRA) was pressed for a comment and stated that this was true and that because of liberal robot policies that America’s borders are being illegally invaded by an army of foreign-made robots trying to steal their jobs but are also too lazy to work and subsist on Big Government Robot welfare at the same time. Some of them are violent and in robot gangs or participate in robot terrorism. When pressed further he said that he hopes Conservative Robots will act and build stairs around our border to stop illegal robot border-crossers. 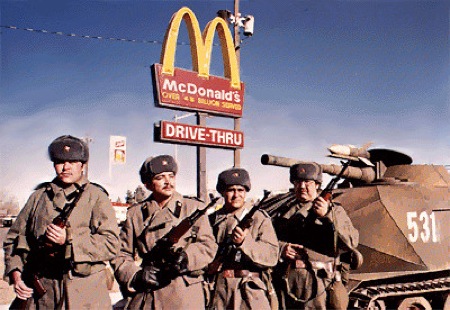 SOL Blast from the Past News Reprints— Slice of Laodicea recently sent reports to China to investigate the Official Protestant Church in China that seeks to persecute true believers. SoL notes “Maybe Franklin Graham can explain his own widely hailed participation with the communist “church” when he preached at a communist “megachurch” back in May of 2008.” ODMafia however was excited that so many evangelicals backed the capitalistic government of America by providing over 1 million Iraqi’s a free ticket to a grisly death thru bombs and mortars in the name of freedom and democracy. ODMafia’s expert robot research monkey’s were quoted as saying “we think that invasions of foreign lands and the maiming of others in the name of spreading democracy is bible approved….as long as it is us doing it and not the Iraqi’s.”

We at the Online Discernmentalist Mafia approve of any and all invasions of foreign countries as long as it is OUR side that is doing the invading and destroying…because it is bible based!…and they are wretched unbelievers!

Apostate Film Productions in conjunction with Walt Disney’s Red Letter Department presents Commies: The Musical—a musical of epic heretical anti-capitalist proportions set in a time when Communistic Socialist Justice was just reaching into the jugular of America’s heartland. This musical begins with a young Jim Wallis singing this number (The World Will Know) in the hopes of  getting America’s God-fearing youth to go on strike in protest against America’s God-ordained Capitalism:

Counting the costs from the  riots that he incited Wallis gains a loyal band of followers including a young Tony Campolo. The plot really thickens when Wallis and Campolo encounter the heretical Social Gospel thought of Walter Rauschenbusch and both Wallis and Campolo begin thinking unbiblical thoughts about the Word of God which leads them to seriously ponder Jesus’ life and teachings. Soon Wallis and Campolo begin organizing and create the Red Letter Christian Union which seeks to ‘promote these evil unbiblical values such as peace, building strong families, the elimination of poverty, and other important social justice issues.’  In celebration of their Organized Union and their newly found Socialistic ideas Campolo pleads with the new Red Letter Christians to Seize The Day:

Somehow this song gains the attention of Brian McLaren as he dreams up a vision to unite Red Letter Christianity with his brand of Emergence Christianity. Jim Wallis and Tony Campolo catch wind of this idea and agree to meet with McLaren as they plan to unite in the theme of the Kingdom of God. Soon the Red Letter Christians and Emerging/Emergent Christians organize into an even bigger and stronger Union. Commies: The Musical ends with the whole cast singing a paen to their vision for a Communistic Kingdom of God to be unleashed upon the earth Once And For All: 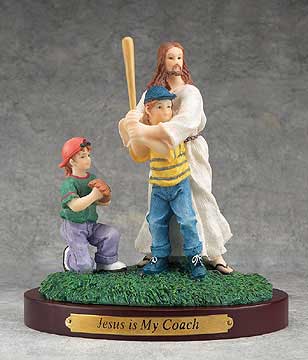 Rick Warren plans to unleash Purpose Driven Baseball upon the world. Oh the sheer horror! We Know that like life baseball should be kept as Purposeless as humanly possible. John MacArthur teaches this essential Absolute Biblical Truth when he says:

People have to understand that salvation is not being delivered from bad feelings or the lack of self-esteem or and unimportant life or a purpose-less life or a less than fulfillment. Salvation is deliverance from the eternal wrath of God and everlasting Hell. You have got to get the message right. First of all as to the condition of the sinner and the remedy also in Christ.

We agree that the purpose driven life has no gospel in it as God doesn’t have a plan or purpose for your life. Todd Friel  adds:

This is why we must take a stand in God’s Absolute Sovereign Wrath against Rick Warren’s hideous plans for Purpose Driven Baseball: 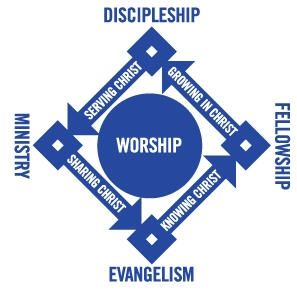 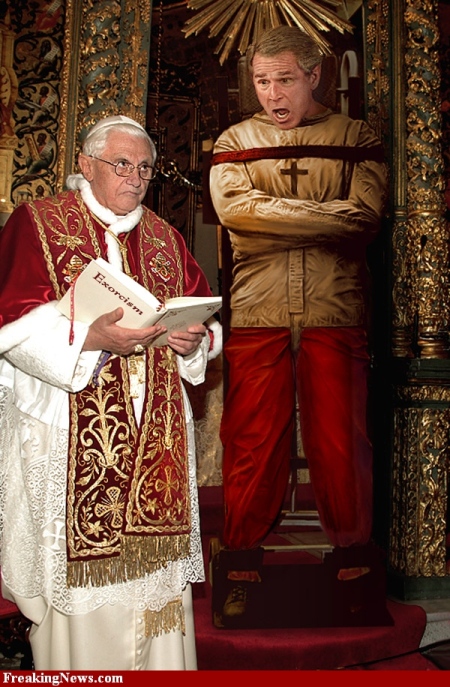 “I was one of the first conservative talk show hosts to refer to George W. Bush as a socialist and a globalist. Both parties are destroying our country.”

Sources close to the Former Bush Administration say that these charges brought major concerns for the image of the Administration and Inside Sources say that in fact Bush was possessed and inhabited by Red-Letter Christian demons—which seduced him into implementing “socialist and globalist” policies in order to taint the Pure Doctrines Of The American unBiblical Gospel Of Reaganism. These Sources corroborate their conspiracy theories,  non-factual findings and painstakingly misresearched incriminating evidence to point to the case that Bush was possessed and in need of an exorcism based upon Bush’s interactions with Emerging/Emergent Church “leaders.”

Doug Parris in True Sedewhitehousist fashion  is on record as saying that “this is what happens when people don’t admit that the White House has in fact been vacant since Final President Ronald Reagan left the Office back in 1989 and that the White House since then has been occupied by False Presidents or Anti-Presidents.” (We of God’s Only Inerrant Party  are hoping to remedy this by running a Presidential ticket of Brannon Howse/David Barton in the near future so that we can return America back to it’s unBiblical roots of Absolute Theocracy, God and the Bible,  militarism and imperialism, military security, nationalism, patriotism, unregulated greed Capitalist Materialism Capitalism and Reaganolatry Ronald Reagan.)

Eric Barger reports that “things seem to have gone from bad to worse” so much so that Bush indeed had an Exorcism earlier this weekend to return him to the Reagan fold. Discernmentalists were hoping to get a Protestant exorcist in hopes of having a Pure Exorcism but none could be reached so the Pope had to do despite the clear teachings of Ken Silva against such. Discernmentalists are still waiting to see if the Exorcism did any good.